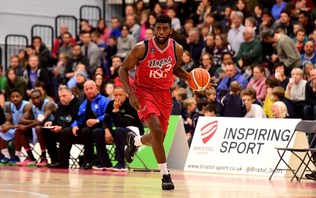 I had the pleasure of working with Sarah over the summer coming off knee surgery. She was aware of my situation and worked around it. She was very smart in how she planned my workouts and didn’t want to do anything that would have set me back. We didn’t have a lot of time to work together but we got a lot of work done in the short time we had. I feel an improvement in my shooting, my conditioning and my footwork which are vital to the position I play. I can only imagine how much better I would be if I had more time, however I’m looking forward to working with her again in the near future!
Leslee Smith
-Bristol Academy Flyers (BBL)
-One Health Sheffield Sharks (BBL) 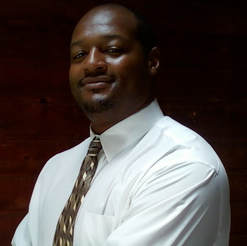 Coach Sarah Gayler has competed, coached, and worked internally with the Dallas Diesel Basketball Club and Women’s Blue Chip Basketball League for eight years. She has truly been a blessing to our organizations. Her people skills and work ethic are outstanding and her determination to complete all of her tasks is excellent. She instills God’s Word and good character in each of her practices and games and teaches more than just the game of basketball. With our Dallas Diesel Junior Girls our teams, all of our seniors had the opportunity to go on and play basketball in college. In coaching our Diesel men’s team, Coach Gayler has developed and directed many of our guys to professional international jobs that might not have been available otherwise. During Coach Gayler’s time with the Diesel, she has successfully coached several Diesel teams to not only countless wins, but also secured College Scholarships and Professional Contracts for numerous Dallas Diesel players. The level of competition ranged from AAU, College, Universities, Pro-AM, International and Professional teams. She would be an great asset to any program.
Willie McCray
- Founder and President of Dallas Diesel and WBCBL 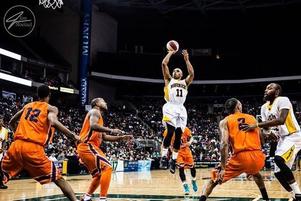 I had the opportunity to play for Coach Gayler for 3 years. During that time, she helped me to improve my entire game on both ends of the floor. Her knowledge and skill set to teach the game is like no other. While playing for her, she really challenged me with improving my ball handling skills, and shooting. We worked at it daily in practice. She was committed to making me a better all around player. She also worked diligently with our team watching film, and helping us to perfect our craft. I truly believe that she would be a valuable asset to any coaching staff on ALL levels. She is a tireless worker, and is truly passionate about what she does. Coach Gayler is hands down one of the best coaches that I've had over my 10 year professional career! Thanks for everything Coach!!
Mike Crain 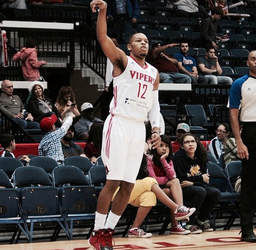 Coach Gayler has the ability to be a great coach at any level in the sport of basketball.  I've been fortunate to play a season under her and I can honestly say I learn a lot from her.  Her knowledge of the game and her ability to help develop players individually gives her the potential to be a great acquisition to any coaching staff.  She is also a wonderful person and a players coach.  She is that coach were you laugh and talk about things other then the game with.  And most importantly SHE LOVES THE GAME!!
Dwayne Lathan 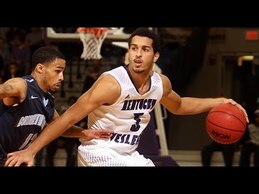 "Coach Gayler has put me through some of the toughest individual workouts and not only do I know that I worked hard, I feel like I got something out of it and learned every time. She's also great at coaching in game and constantly communicating with her players. As a point guard, that's something that I really appreciate. She's a great coach and an even better person! Thank you for all your help!"
Marcus Fillyaw 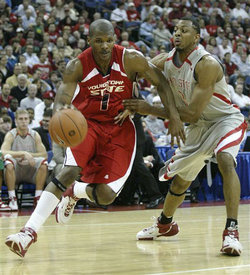 "As a professional basketball player, it is so refreshing to receive skills training from a person with adequate knowledge of the game. Sarah Gayler was that person for me during my time in the ABA with the North Dallas Vandals.
She is a huge reason why I have developed into a much smarter and efficient player. Using the skills she has taught me, I have been able to apply them in all situations and become successful.
Consistency and persistence are two key components I have taken from Coach Gayler. Thank you so much. BLESSINGS!"
John Barber Jr. 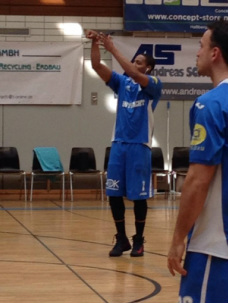 "The training that I experienced working with Coach Sarah Gayler truly helped jump start my professional career!! She is truly a student of the game that has become a decorated teacher!!! From her grueling training session to mentally helping players understand the game of basketball!! One of the best trainers/coaches that we have in basketball today!!"
Richard Thomas
​
-Soleuvre (Luxembourg)
-Stahnsdorf (Germany)
-Germany Pro B Runner-Up MVP 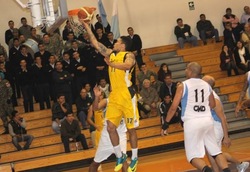 "Coach Sarah is a great player development coach. One of the best coaches I ever
had. She has been a big part of me becoming a solid professional basketball
player. She preaches persistent hard work and discipline. As a coach she always
tries to push you to that next level no matter the outcome. I am blessed to have
her as my coach and trainer."
Dallas Hunter
​
- Cyprus
-Real Club (Peru) {Champions, League MVP}
-Ferro Carril (Uruguay) 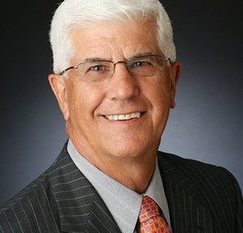 Endorsed by Del Harris on LinkedIn.com
-NBA coach from 1976-2010
-NBA coach of the year 1995 (Los Angeles Lakers)
-Assistant to Rudy Tomjanovich with Team USA when they won bronze in the Worlds in Athens during the lockout year with no NBA players
-Coached with 5 different national teams and won 2 golds, 1 silver and 3 bronze. (Puerto Rico, Canada, USA, China and Dominican Republic)
-Currently Vice President of the NBA Development League Texas Legends 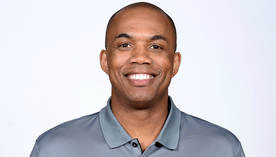